The Confederation of Canadian Unions consists of seven unions with a combined membership of almost 20,000 workers from across the country, in both the private and public sectors.

CUSW (Canadian Union of Skilled Workers) is a highly participatory, democratic skilled trades union based in Ontario, and its membership includes a variety of workers, including electricians, mechanics, millwrights and machinists, plumbers, and technicians. CUSW prides itself on its participatory model of organization, where rank and file members drive the agenda and take active, formal roles in the decision-making process of the union. CUSW includes several committees, including health, safety and wellness, political action, technology, training and education, retirees and values and beliefs. 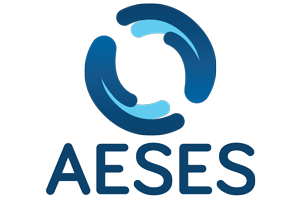 AESES (Association Of Employees Supporting Education Services) strives to foster and maintain an environment of respect, cooperation and fairness, while representing the interests of the members of the Association. Our objectives are to promote and foster relations between employees and employer; the social, economic and general welfare of our members; and goodwill and effective communication between employees and employers. The Association – through elected officials, committee members and office staff – works to secure appropriate wages, working conditions, hours of work, job security, and various benefits for all members. We are committed to educating members on matters relating to collective bargaining and contributing to the quality of university life. 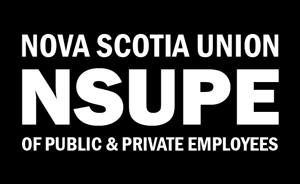 The Nova Scotia Union of Public and Private Employees consists of over 2,000 workers in Nova Scotia. The union stands for improvement of the economic, social and cultural life of working people and the extension of civil rights and liberties, and promotes the rights and freedoms of working people and in particular, the right to belong to effective and democratic labour organizations.

Founded in 1963, the Public and Private Workers of Canada (formerly the Pulp, Paper and Woodworkers of Canada) represents a diverse group of people, including pulp mill and solid wood workers, manufacturing and support staff in a community college, credit union and taxi workers, and service and maintenance workers in BC hospitals. The PPWC prides itself on its democratic organization, and stands for the creation of a fair economy and just society based on the ideals of democracy, human rights and equality.

Established in 2004, CMAW’s (Construction Maintenance and Allied Workers) role is to establish and maintain the best possible standards of pay, benefits, and working conditions for members; to organize the unorganized; to promote progressive labour and human rights legislation; to cooperate with other unions and organizations to achieve these aims; to encourage social unionism; to promote and champion workers’ legitimate struggles; and to provide aid and assistance to members so that they may share in benefits of collective agreements and favourable employment legislation. 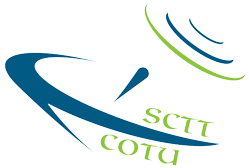 The mission of the Canadian Overseas Telecommunications Union/Syndicat Canadien des Télécommunications Transmarines is to improve the welfare of all its members on matters arising out of their employment at TATA Communications in Canada. The duty of the COTU/SCTT is to establish and maintain collective bargaining for the benefit of its workers.