On December 13, 2016, The Association of Employees Supporting Education Services (AESES) voted to join the Confederation of Canadian Unions. The CCU now includes 13 affiliates from 6 unions, bringing our membership to over 16,000.


AESES Statement on the Affiliation

AESES is excited to announce that the Board of Representatives recently approved an affiliation with the Confederation of Canadian Unions (CCU).

AESES has been in existence for 43 years as an independent union with no ties or affiliations to other labour organizations. While this has served us well in the past, we have realized that we are at a point in time where we can no longer remain independent and survive in the current political climate and the increasing corporatization of our universities.

For this past year, AESES has been meeting with the CCU to learn more about their organization and what they have to offer. We have also taken the time to explore other options for affiliation for our union. 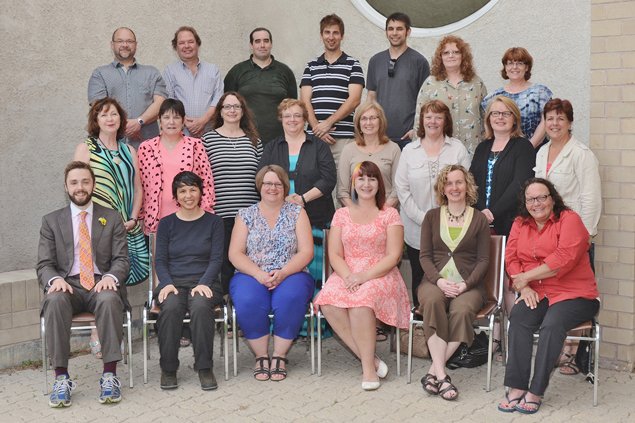 AESES Board of Representatives

One of the key elements of being independent that has been, and remains, important to AESES is that we are not directed by any other organization as to how we choose to run our union.

AESES’ Executive Council and Board of Representatives were clear that they wanted to retain this autonomy. With the CCU we are able to do this, while still being able to connect with other independent unions across Canada, learn from their experiences and share our own, stand united together as a national body to lobby against federal and provincial legislation meant to target and attack unions, educate our membership on the value of unions, and so much more.

The time to affiliate has never been stronger or more important. Many of you will have seen the comments from Premier Brian Pallister with regard to opening up existing contracts to impose wage freezes, reducing the number of unions in Manitoba, and the passing of Bill 7 which makes it more difficult for unions to certify. AESES cannot stand idle and must defend against these types of attacks on our membership and the rights of unions.

We will be reporting back to the membership as we become more involved with the CCU. In the meantime, feel free to visit their website to learn more about the Confederation of Canadian Unions.

It is our great pleasure to welcome our sisters and brothers from AESES to the CCU family. As we move forward in solidarity, our growing diversity and wealth in experience will continue to make all of us stronger as independent unions and as members of the Confederation.

I look forward to all of the Confederation’s affiliates having the same wonderful experiences that I have had over the last year in engaging and working with the great organization that is The Association of Employees Supporting Education Services.