The CCU sent Canada’s five major parties a document consisting of fifteen questions on economic, labour, social, democratic and international issues. We received responses from four parties, but not the Conservatives, to which we sent repeated emails and calls. Click on the party logo to download the responses. 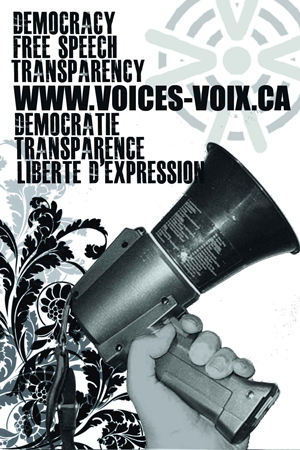 Voices-Voix, a coalition of labour unions and progressive groups from throughout Canada, is raising concern over the erosion of democratic freedoms and human rights under the Conservative government of Stephen Harper. Voices-Voix puts forth solutions to restoring individual liberties.