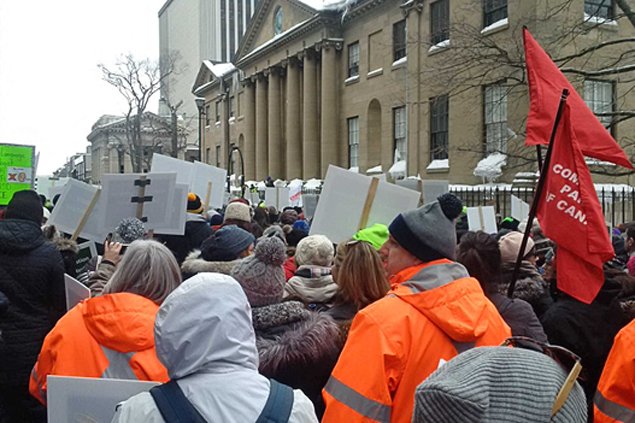 On Friday, February 17, the Nova Scotia Teachers Union organized a historic one day strike as the Liberal McNeil government sat the legislature around the clock to ram through Bill-75.

This unconstitutional, anti-union bill imposes a contract on teachers and removes their right to strike. The teachers have rejected three offers from the government and have been on a work-to-rule regiment for several weeks.

CCU President John Hanrahan and executive members of the CCU affiliate, the Nova Scotia Union of Public and Private Employees (NSUPE), were on hand to march with the teachers. They sent a clear message to the Nova Scotia government that their short-sighted, austerity agenda will not come at the expense of our province’s education system and the fundamental rights of workers. 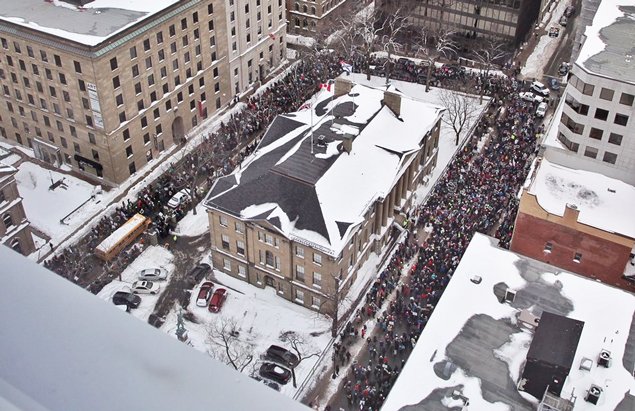 The CCU fully supports Nova Scotia teachers as they defend collective bargaining, the right to strike, and the future of education in the province. We strongly condemn the illegal actions of the Stephen McNeil government, and pledge solidarity with our brothers and sisters in Manitoba and Saskatchewan who are facing similar attacks on the fundamental, constitutional rights of workers.

We must all stand up together to resist the wrongheaded austerity agenda of these provincial governments so we can move forward in a climate where public services and workers’ rights are respected.

Teachers and public sector workers are not the enemy.