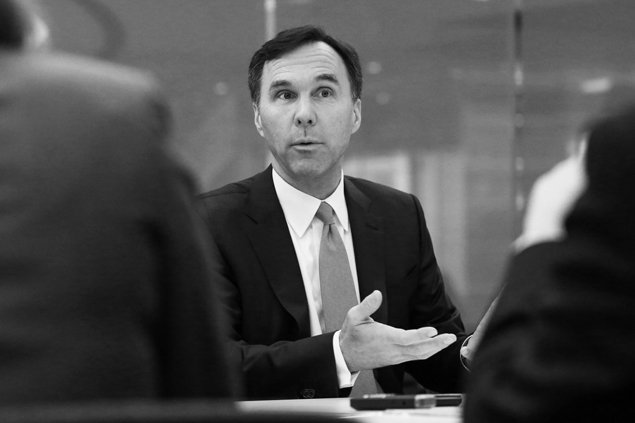 On October 19, 2016, Liberal finance minister Bill Morneau introduced Bill C-27, an Act to Amend the Pension Benefits Standards Act, 1985. This legislation is aimed at dismantling the defined benefit pension plans that fall under federal regulation and replacing them with target benefit plans, which are pension plans with zero guarantees of retirement benefits for workers.

Five Things you Should Know About Bill C-27

2. Bill C-27 is anti-union: The Legislation will makes it easier for employers to force unions to give up defined benefit plans for current workers and new hires in future rounds of collective bargaining. It increases the bargaining power of employers at unions’ expense.

3. Bill C-27 will encourage the Provinces to dismantle pensions: As federal pension regulation changes to eliminate defined benefit plans, provincial jurisdictions will be encouraged to follow suit. This bill is nothing short of an attempt to remove guaranteed benefits from every pension plan in Canada.

4. Bill C-27 is a hypocritical double standard: Canadian workers will lose guaranteed retirement benefits as unionized and non-unionized employers take advantage of this legislation to more easily force workers to accept reduced pension security. However, federal politicians will keep their generous gold plated pension plans because Parliament controls its own pension rules. Apparently, reduced pensions are good enough for us but not our fearless leaders.

5. Bill C-27 will likely provide Bill Morneau’s Family Business, Morneau Shepell, with millions of dollars in extra revenue: Minister Morneau’s family company, Morneau Shepell, is the country’s leading authority and consultant when it comes to dismantling defined benefit pension plans, exactly the way this legislation calls for. There will be millions of dollars of consulting work to be done as plans are dismantled under Bill C-27, and Morneau Shepell is uniquely positioned to gobble up the lion’s share of the profit in this area. According to the National Post, the Federal Ethics Commissioner has placed a conflict of interest screen on Minister Morneau in order to keep him from participating in the family business. However, it seems that minister Morneau sponsoring a bill that is likely to increase the family business’ revenue by millions of dollars, while taking away retirement guarantees for ordinary Canadians, is an obvious conflict of interest.

Canadian workers deserve decent pensions, not broken promises and reduced retirement benefits. The CCU calls on the Federal Liberals to respect the rights of Canadian workers to retire with dignity and immediately withdraw this anti-worker legislation.